Streets of San Francisco features a selection of city streets carefully stenciled in three different font sizes (eight, four, and two inches) on to a fiberglass heart. The largest letters are painted in red and correspond with iconic and well-known streets. As the letters decrease in size so does the global significance of the street. Blue letters form the second layer of street names, culminating with the final layer of yellow letters. The three colors herald from the San Francisco city flag first introduced in the early 1900s. There are 28 eight-inch street names, 85 four-inch street names and 367 two-inch street names for a total of 480 streets depicted on the heart. San Francisco is so much more than tourist attractions made famous by TV shows, inexplicably bent roads, and the Summer of Love. To locals, this city hosts hidden gems found off the beaten path, around corners and through alleyways trekked by those raised among its neighborhoods and the eclectic travelers who’ve made this city their home. Streets of San Francisco  celebrates these local treasures, layering “lesser known” street names on top of famous ones, emulating the beautiful chaos of the city and celebrating San Francisco’s international reputation as a haven of diversity and inclusion. Minor evidence of the artist’s hand was added or left uncorrected for a subtle urban feel to the work. 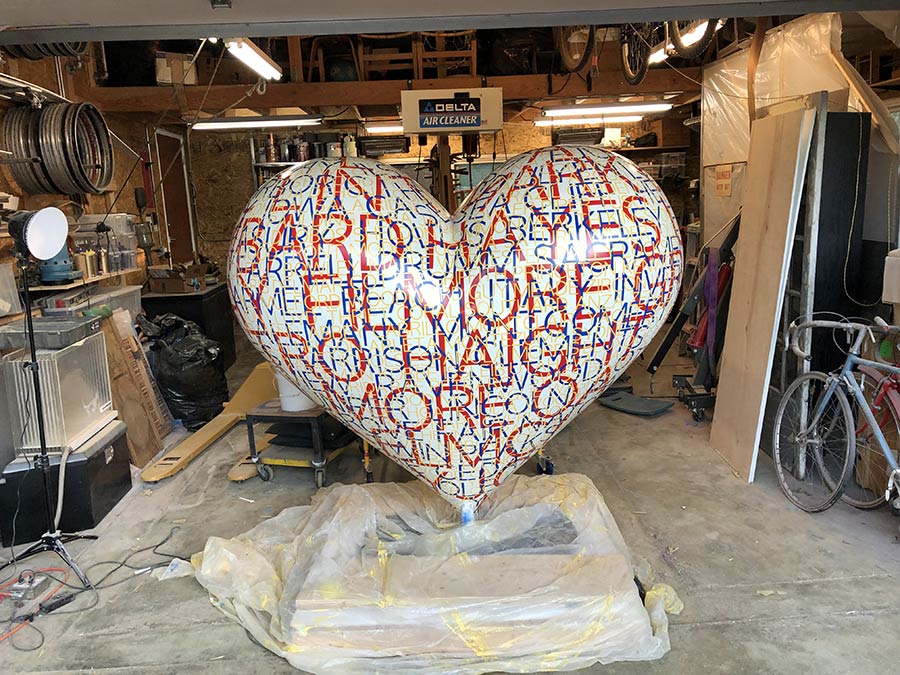 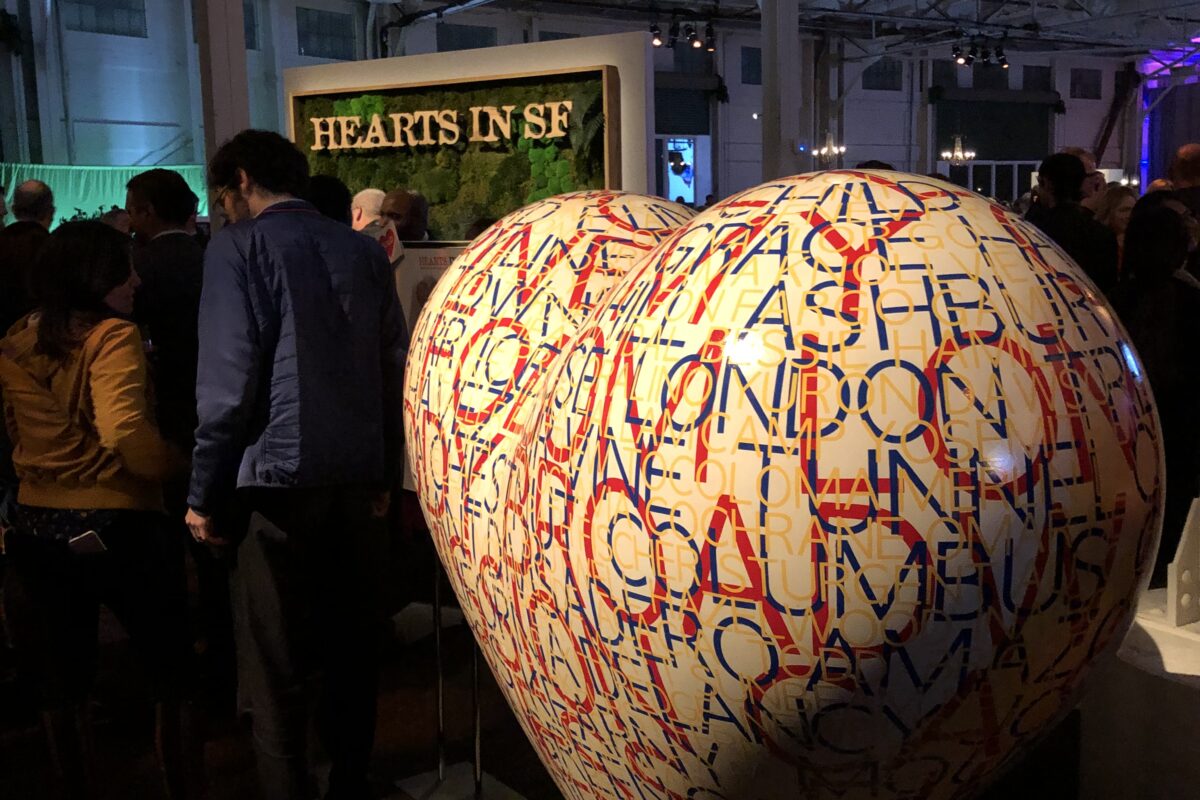